In a brutal, merciless and post-apocalyptic world, overrun by the un-dead, you need to fight for your very survival, in 7DtD. Combining ego-shooter, tower defense, role-play and survival horror, you not only develop the characters, but also plunder, conduct research and mining activities, learning both the craft and the combat system. All of this is always accessible, with a 7 Days to Die game-server by 4Netplayers.

As one of the biggest server providers in Europe, we’ve been in the market since 2001 and offer our satisfied customers the very best quality at a low price. For our 7 Days To Die servers, we rely exclusively on the latest server hardware to fulfil the highest demands. Our own data centre is equipped with outstanding connections and Europe-wide peerings, guaranteeing lag-free gaming at all times, clear communication and low pings for our 7 Days To Die game servers. Our user-friendly web interface setting up and starting a server quick and easy, in just a couple of clicks. Our game servers and Teamspeak servers are available immediately after placing an order and without having to wait.

One of the biggest game server providers in Europe
Outstanding connection to the servers using our own data centre
World-wide peerings with low latency (pings)
Modern server hardware
Start playing immediate after placing your order, thanks to instant server activation
Simple server management with a user-friendly web interface
Carefully calculated premium price for the best performance at the lowest price
One-on-one, trained support, even by phone

7 Days To Die game servers at 4Netplayers are exclusive game server running on their own (dedicated) hardware. Statistics such as promotions, weapons and honours are saved on ranked servers and, for many games, compared with many other players worldwide in a huge ranking list.

As one of the oldest suppliers of game servers in Europe, we maintain trusting relationships with many game producers, such as Electronic Arts (EA) and Activision and so are able to offer our customers exclusive game servers from the very first day of a game’s launch. What’s more, we also provide a range of free public servers.

With a 4Netplayers game server, you’re on the safe side as customers aren’t tied to one specific game, but can switch between our pool of games on offer, freely and at no extra cost. And the best bit: New games are automatically added for free. Our motto: One tariff to access all games! 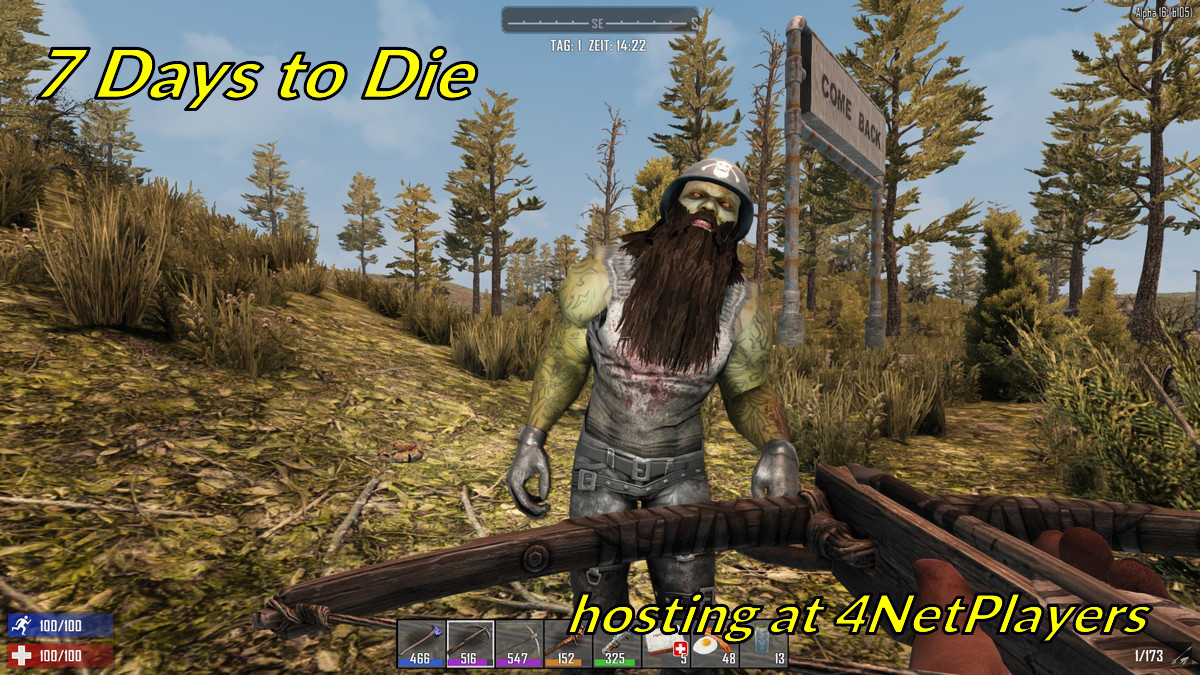